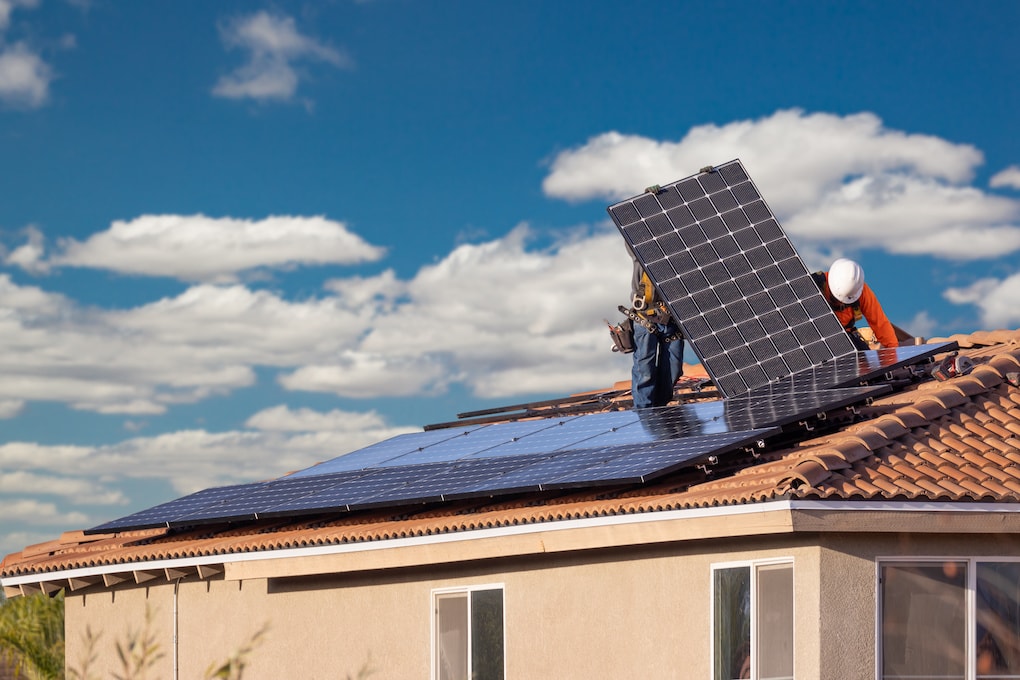 So, it’s time for a roof replacement, and you’re ready to change your home for the better with higher energy efficiency.

Utilizing renewable energy is one of the best ways to live an eco-friendly life, and solar energy is an ample resource in the United States. Did you know that you can add solar panels to your residential roof and reap the benefits of renewable energy?

That’s right, if your roof is compatible with solar panels, you can be on your way to living a more environmentally-friendly life. There are two different kinds of solar panels: black and blue. Each one offers different benefits.

Not sure which type of solar panel is best for your home? Let’s explore the pros and cons of the two main options.

What Are Black Solar Panels?

The difference between black and blue solar panels is more a matter of manufacturing than color. Although, the two options do have a distinct color difference.

Black solar panels are monocrystalline panels that appear black in color. Monocrystalline panels are made from a single large silicon crystal with high quality. The silicon used has an extremely high level of purity. Silicon is a non-metallic element used in solar panels because it has an impressive ability to absorb wavelengths of light and produce an electric charge.

How Are Black Solar Panels Made?

The process of making a single-crystal black cell is more complicated than creating blue cells with multiple crystals. Unfortunately, a portion of pure silicon gets discarded in the production of black solar cells. This is because the silicon wafers must be cut in a specific way to achieve the optimal cell shape.

What Are Blue Solar Panels?

How Are Blue Solar Panels Constructed?

Instead, the silicon crystals are poured into the vessel and are allowed to cool and form polycrystalline silicon cells. This step forms characteristic grains on the edges of the blue solar cells.

The blue hue is achieved through the way the polycrystalline cells reflect light and the anti-reflective coating that gets applied.

Pros and Cons of Each Type

There is a case to be made for both black and blue solar panels. Each type offers different advantages and disadvantages for homeowners. However, ultimately, any solar panel is better than no solar panel.

Black solar panels are becoming more popular, and it’s easy to see why. They offer many benefits that are appealing to homeowners, including:

The crystals in a monocrystalline panel are aligned uniformly. This alignment makes black solar panels more energy efficient. You can generate the same amount of energy with fewer black panels than blue.

Not to mention, since you don’t need as many black solar panels, they also take up less space on your roof. Many homeowners find their sleek design and space-saving nature to be aesthetically pleasing.

All solar cells produce less electricity when temperatures rise. However, if you live in a warmer climate, black solar panels might be more appealing because they experience less energy degradation in warm weather compared to blue panels.

While black solar panels offer many advantages, they also have a few drawbacks that may be deal-breakers for homeowners, such as:

Black solar panels only make up 10% of all solar panels on the market. Because of their scarcity and more complex manufacturing process, black panels cost up to 25% more than blue panels.

For homeowners on a tight budget, this alone can be enough to sway them towards blue panels. However, many people find that the impressive energy performance from black panels makes them worth the price.

During the production of monocrystalline cells for black solar panels, a large amount of silicon ends up getting wasted. This is because silicon wafers are cut off from all four sides to create the desired shape of the cells. Unfortunately, this waste is not eco-friendly, which can be a deterrent for some prospective buyers.

Blue solar panels are produced in much higher numbers, and most homes and businesses across the country utilize blue panels. Here are some of their benefits:

Since polycrystalline cells don’t require any shaping, silicon wafers don’t need to be cut off on each side. While the shaping process for black solar panels generates a lot of silicon waste, hardly any waste is produced when manufacturing blue panels. This is an important consideration for homeowners who care deeply about their ecological footprint.

Even though blue solar panels are very popular, they do have a few drawbacks worth considering.

It’s simply hard to beat the impressive energy efficiency of black solar panels. Blue solar panels absorb less light and don’t perform as well in warm weather or low-light as their black counterparts. So while they may be more affordable, they produce less energy.

Many homeowners find the sleek appearance of black solar panels to be more pleasing to the eye. Depending on the color of your home, blue solar panels may stand out more in a way some people don’t enjoy. Blue solar panels have white stripes throughout, so they don’t have a sleek, simple appearance.

Are Black or Blue Solar Panels Best for Your Home?

Depending on your priorities, you may lean one way or another. Homeowners on a budget may be more drawn to blue panels, while homeowners who want the best energy efficiency may gravitate towards black panels. Remember: You can’t really go wrong with choosing a type of solar panel because going solar in any capacity is always a wonderful decision for our environment.

Ready to take the plunge and install solar panels on your roof? Secured Roofing & Restoration is one of the best roofing companies for the job. Not all roofers work with solar panels, but we are always eager to install them for our clients. Contact us today to learn more.

Roofing & restoration services that will leave your home better than before 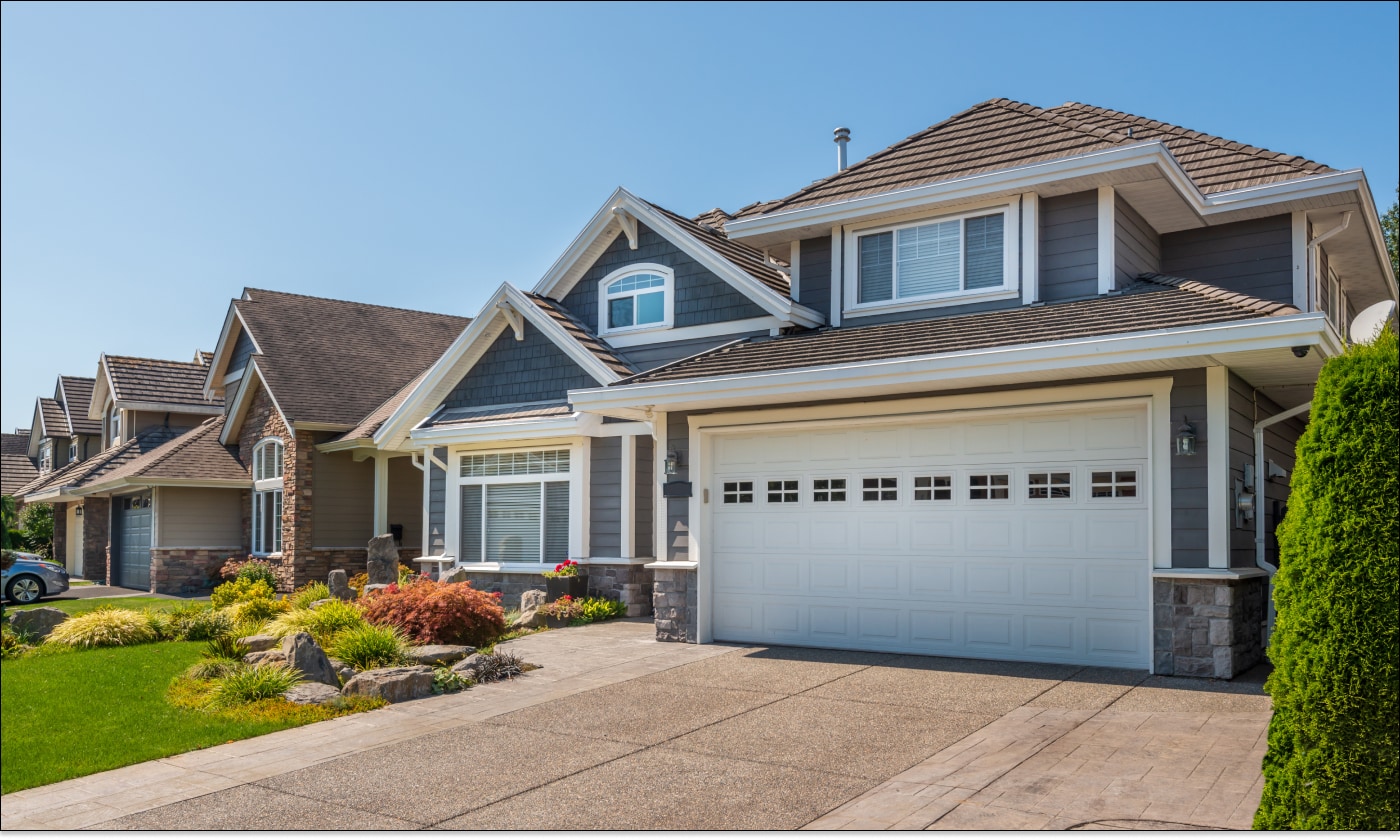